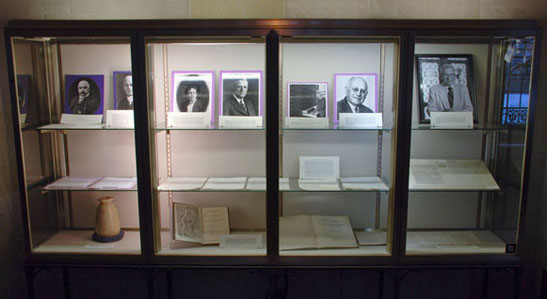 Case 1 presented letters and curatorial portraits relating to the creation and building of the Collection and its research library over the past century. 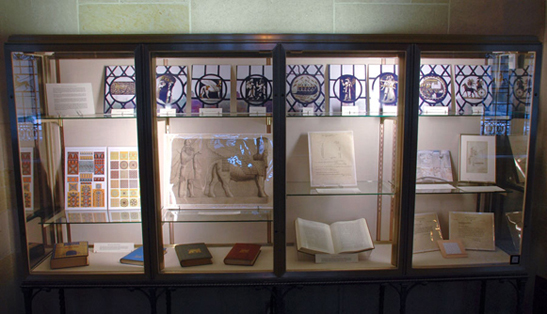 In case 2 were displayed images demonstrating the influence of Assyrian archaeological discoveries on 19th and early 20th century art and architecture, which at Yale may be seen in the stained glass windows designed for the Collection’s rooms, and also in the cuneiform inscription carved over the library’s main entrance. 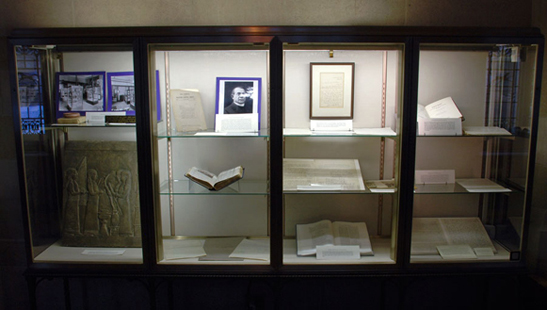 Case 3 exhibited letters and photographs attesting to the leadership role of the Babylonian Collection in founding the  American Schools in Baghdad and Jerusalem, the Palestine Oriental Society, and Yale’s rich collection of Judaica, among other initiatives. 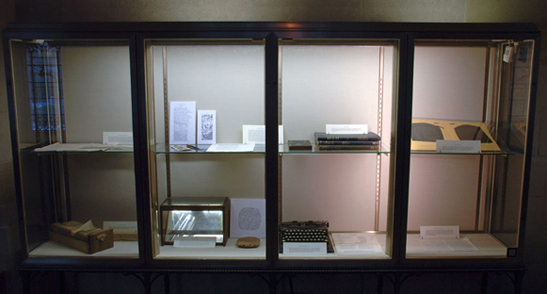 The items in case 4 traced the evolution of the process of publishing tablets, including various methods of printing cuneiform script, with emphasis on innovations and procedures developed at Yale. 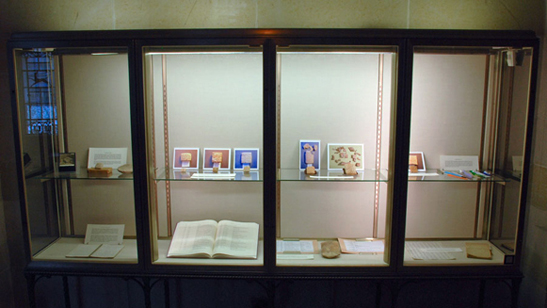