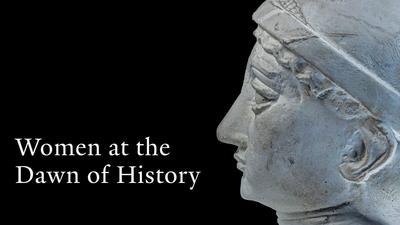 On view at the Yale Babylonian Collection

Tens of thousands of cuneiform texts, monumental sculptures, and images on terracotta reliefs and cylinder seals cast light on the fates of women at the dawn of history, from queens to female slaves, living at the bottom of society. In the patriarchal world of ancient Mesopotamia, women were often represented in their relation to men—as mothers, daughters, or wives—giving the impression that a woman’s place was in the home. But, as we explore in this exhibition, they were also authors and scholars, astute business-women, sources of expressions of eroticism, priestesses with access to major gods and goddesses, and regents who exercised power on behalf of kingdoms, states, and empires. 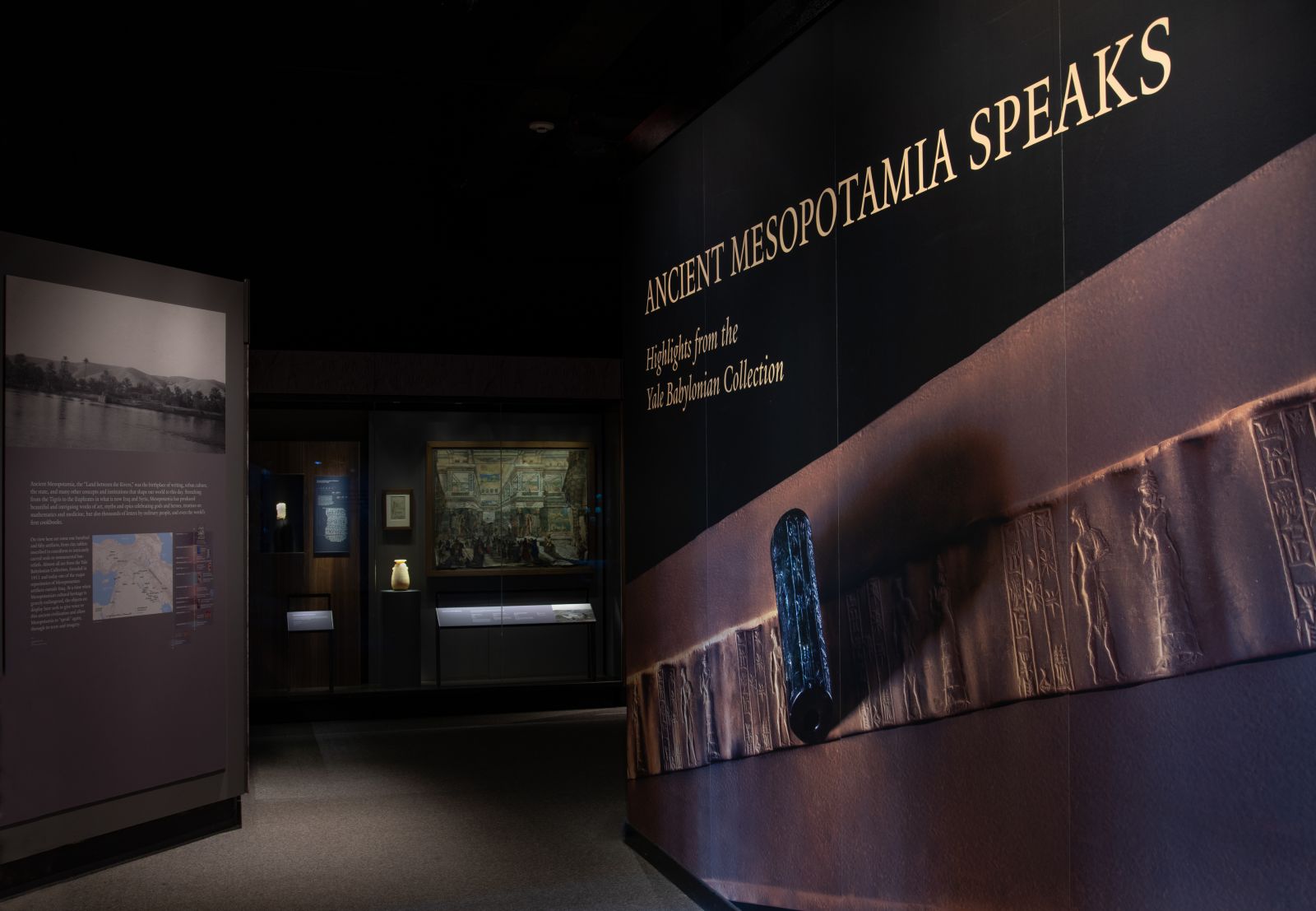 Ancient Mesopotamia, “the Land Between the Rivers,” was the birthplace of writing, urban culture, the state, and many other concepts and institutions that shape our world to this day. Stretching from the Tigris to the Euphrates in what is now Iraq and Syria, Mesopotamia produced beautiful and intriguing works of art, myths and epics celebrating gods and heroes, and treatises on mathematics and medicine.

Ancient Mesopotamia Speaks is a groundbreaking exhibition that brings this ancient world to life. Among the 150 artifacts on view are highlights such as:

Letters on marriage, raising children, the first day of school, even divorce and adoption, demonstrate that we are not that different from people living so far away and so long ago.

Almost all objects on view are from the Yale Babylonian Collection, founded in 1911 and today one of the major repositories of Mesopotamian artifacts outside Iraq. At a time when Mesopotamian cultural heritage is gravely endangered, these artifacts seek to give voice to this ancient civilization and allow Mesopotamia to “speak” again through its texts and imagery. 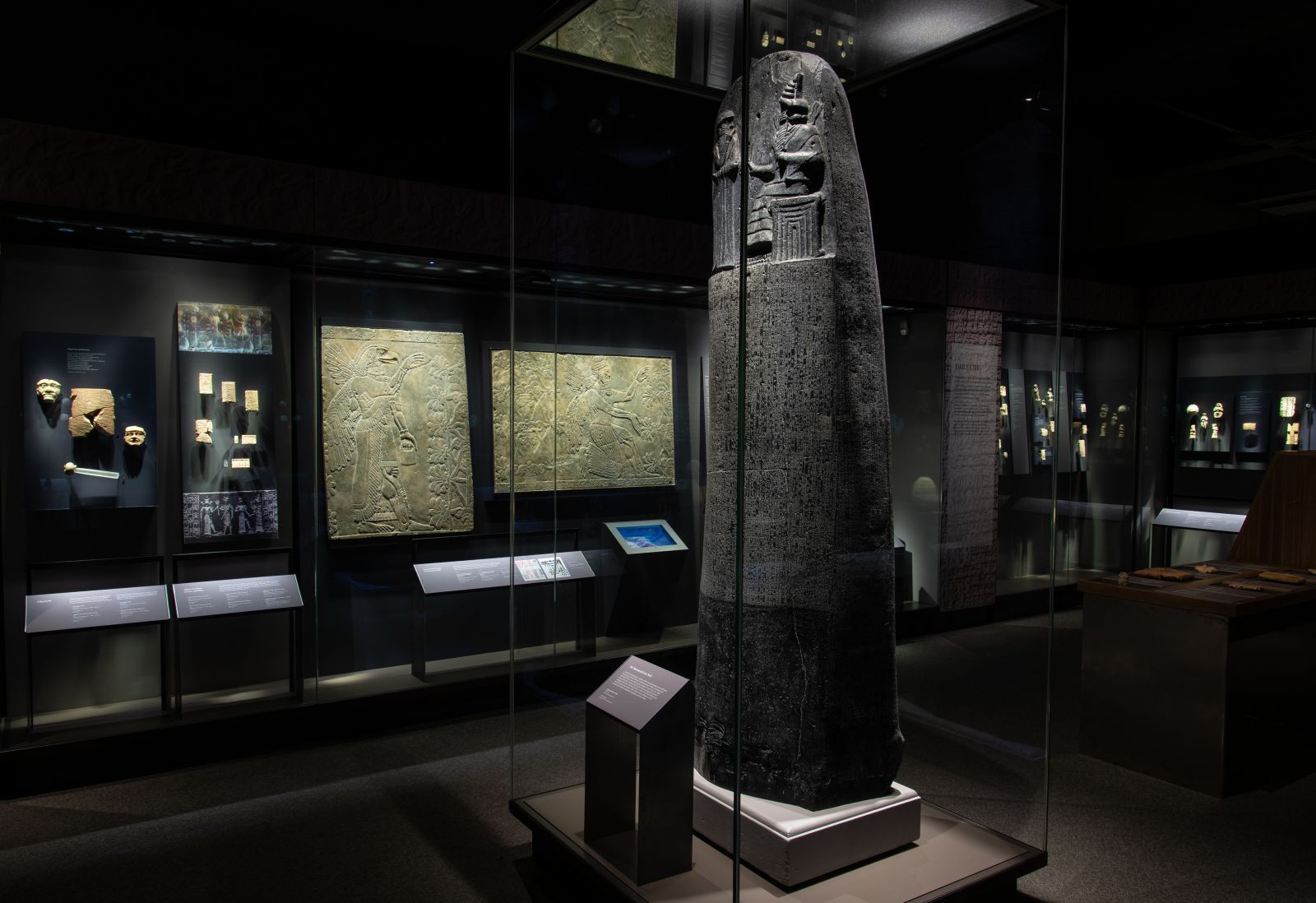 In addition to maintaining displays on the third floor of Sterling Library, the Collection frequently contributes materials to permanent and special exhibitions in the libraries, Art Gallery, Peabody Museum, and elsewhere on campus. The Collection’s tablets, seals, and other objects have appeared in such exhibits as Exotic Animals in Ancient Near Eastern Art (1977), Incantations and Medical Texts (1979), Ancient Syria at Yale (1983), A Great Assemblage: An Exhibit of Judaica (1995), Yankees in Eden (1998), Yale and the Ancient Holy Land: Archeology and Exploration in the Yale Collections (1999), From Bactria to Afghanistan (2002), Lost Treasures from Iraq (2003), Oil in the Ancient Near East (2006), Globalization (2007), The Silk Road (2008), and 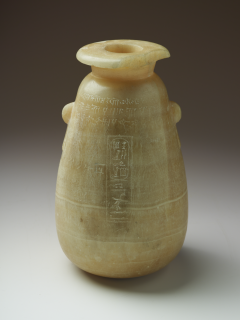 Echoes of Egypt (2013). The culinary tablets were featured in Middle Eastern & Islamic Cuisine (2007), the tenth anniversary exhibit of the Yale Sustainable Food Project (2014), and the 2011 holiday card of the University Library, as well as on a BBC television program. Exhibits on the origins of writing, Western civilization, and Yale’s collections and international interests regularly include Babylonian Collection artifacts. 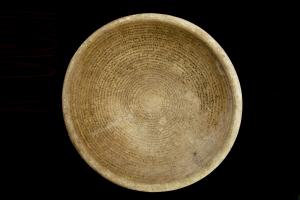 Museums in North America and Europe regularly ask to borrow the Collection’s tablets and objects to include in exhibitions. Recent loan requests have come from the Metropolitan Museum of Art, the Morgan Library, the Institute for the Study of the Ancient World, the Oriental Institute, the Caixaforum in Madrid and Barcelona, and the Palazzo delle Esposizioni, Rome, among other institutions. In 2013, a cast of one of the tablets in the Collection was sent for display at the National Museum in Muscat, Oman, and a photographic exhibit was created for the American Consulate in Basra, Iraq. The Collection was the major lender to “A World in Miniature: Creation, Cosmos, Ecology on Seals from Biblical Times,” curated in 2016 by the Lynn H. Wood Archaeological Museum, Southern Adventist University.

On 20 November 2012, “The Last Pictures,” an archival disk containing 100 photographs representing human history, was launched into space, where it is orbiting Earth on the communications satellite EchoStar XVI. The Babylonian Collection is honored that one of its tablets, a mathematical text, was included in the project, which was created and directed by the artist Trevor Paglen.

On the occasion of the United Nations Global Colloquium of University Presidents, held at Yale in April 2016 on the theme of cultural heritage preservation, the Babylonian Collection organized West Campus exhibits on Preserving Cultural Heritage in the Cradle of Civilization, tablet conservation, cast study, digital imaging, and the Cuneiform Commentaries Project.

A Collection tablet (MLC 1880) was featured in the 2016 Yale Peabody Museum meteorite exhibit, “From the Moon to the Earth: Northwest Africa 5000.”

“The Traveler’s Eye: Archaeological Wanderings in the Near East,” an exhibition curated by Daphne Martin, Yale College class of 2019, opened in April 2017 in the YBC corridor cases.